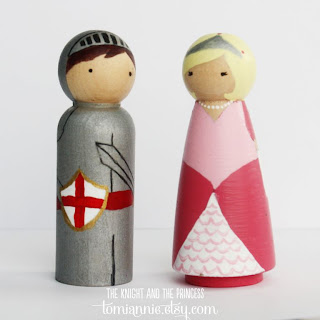 Thanks for all your continued support!
Posted by tomiannie at 11:11 AM 3 comments:

Hello again!  I'm happy to share my cards from the February All-Year Cheer card kit over from Apron Strings Designs!  I had so much fun working some beautiful papers and accents -- I hope you enjoy the finished product!

This card is from an adorable monster collection from Jillibean Soup: 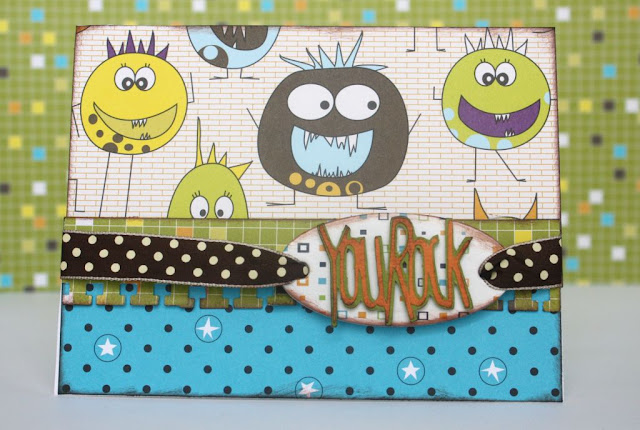 These two fun little boy cards are from the October Afternoon "Rocket Age" collection -- LOVE the retro graphics and colors! 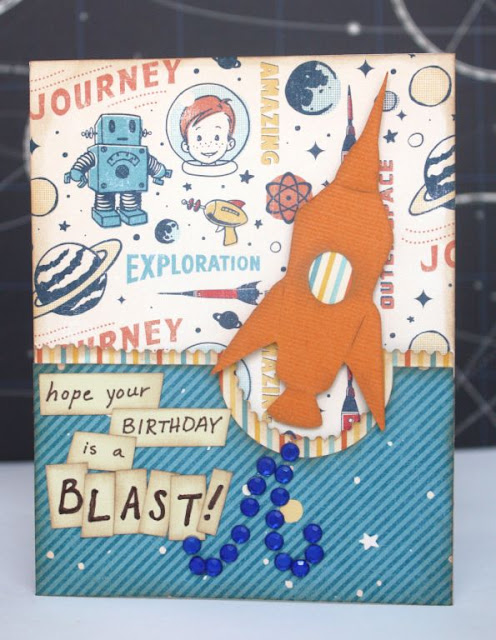 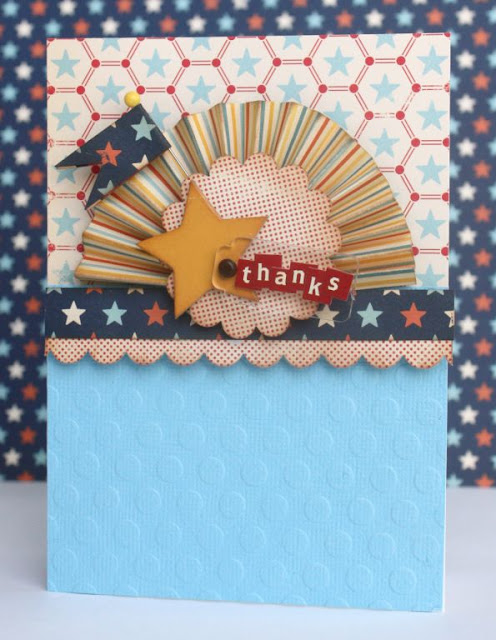 These last three are from a collection by Studio Calico -- absolutely beautiful! 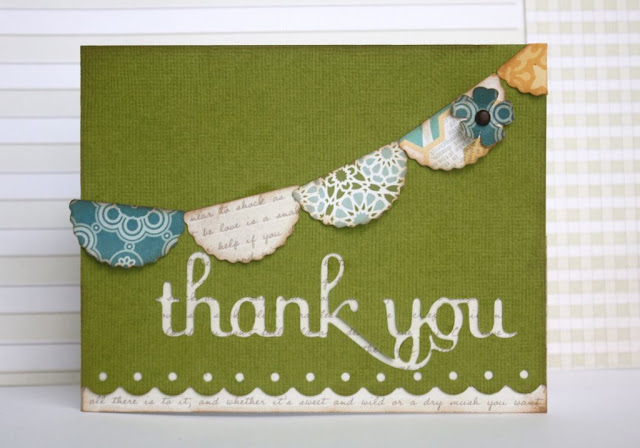 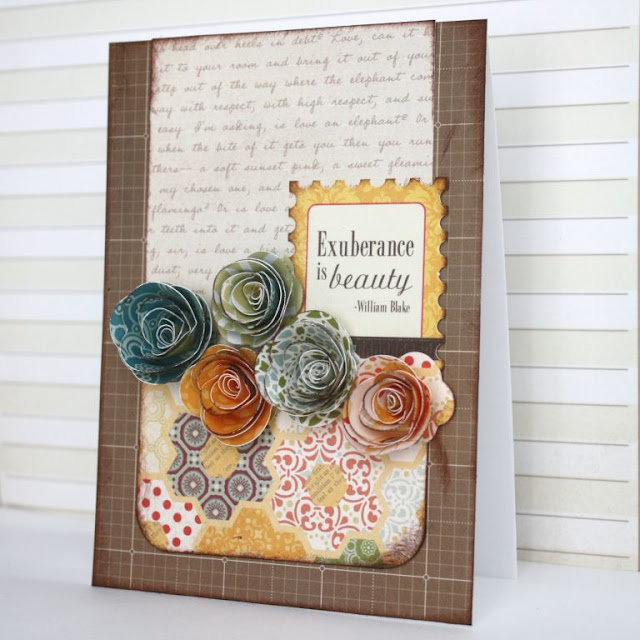 So go check out Apron Strings!  This month's kit is all sold out, but you're not too late to get in on next month!
Posted by tomiannie at 3:53 PM 2 comments:

The truth about Crafty Moms...

I don't know what these are called or how they got started, but I have been seeing them all over FB and Pinterest the past few days.  So of course I had to make one for us crafty moms! 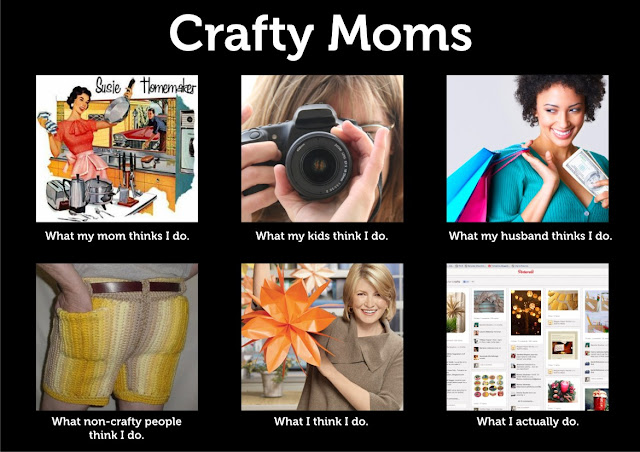 Anyone else with me on this one?
Posted by tomiannie at 2:35 PM 4 comments: 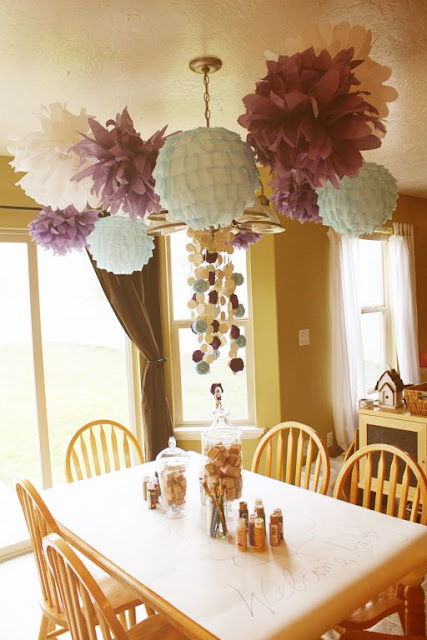 My sweet friend Shauna had a baby a couple of months ago, and another friend of ours and I teamed up to throw her a baby shower.  I just love baby showers, especially for little girlies!  I also love it when the decor from a baby shower can live on as decor in the new baby's room!  So before going to town on decorations for the shower, I consulted with Shauna about the colors of her new nursery and knew that she was using purple and baby blue, so away we went!

The big tissue paper pom-poms are the same ones that are everywhere these days -- I'm partial to this Martha Steward tutorial, if you aren't familiar with them yet.  I made the light blue orbs with regular white chinese party lanterns, which I covered with blue crepe paper.  I gave it a ruffled effect by hot gluing every few inches and folding and tucking as I went along.  I would add a dab of hot glue, fold the paper, and press the fold into the hot glue.  I'm sorry if that's not very clear -- I had all these pictures for you for a tutorial and they apparently never made it off my camera and have disappeared.  But it's pretty simple to do and not even too time-consuming -- I'd say each lantern took about a half-hour or so.

I also added these crepe paper rosettes, glued back to back on fishing line, and book page garlands saved from my Grandpa's 80th birthday, to give a pretty chandelier look over the table. 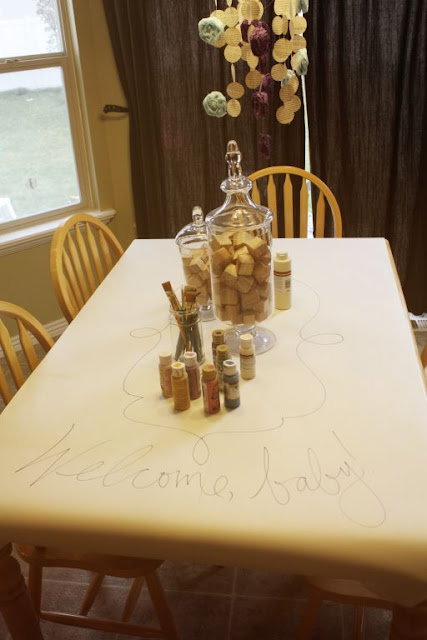 But the creative part of the shower had everything to do with the activity we chose.  Shauna is very artistic and creative, and we wanted to do something fun and different for her shower.  We decided that instead of traditional baby shower games, we'd get wood blocks and have everyone paint a block for the baby to play with.  I just covered my kitchen table with the kids' art paper (off the big IKEA roll), then put out paints and brushes and the blocks, in apothecary jars because that just makes everything fancier. The activity was a hit at the shower, and the blocks turned out delightful! 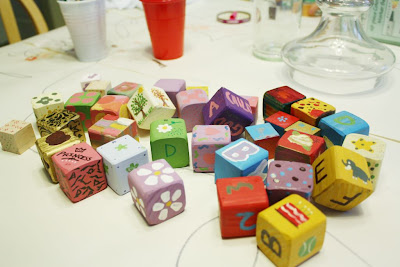 There's just something about a baby shower that gives you permission to be as girly and frilly as you could wish, isn't there?  Love it.  And I'm just starting to plan a shower for my little sister in April, and I can't wait to show you what we do for that one!

Oh, and just one last thing.  Our friend Sarah made this absolutely adorable diaper cake to go along with the shower.  Isn't it so sweet?  I know she makes them to sell as well, so if you're interested in contacting her just give me a holler! 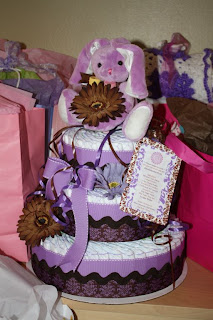