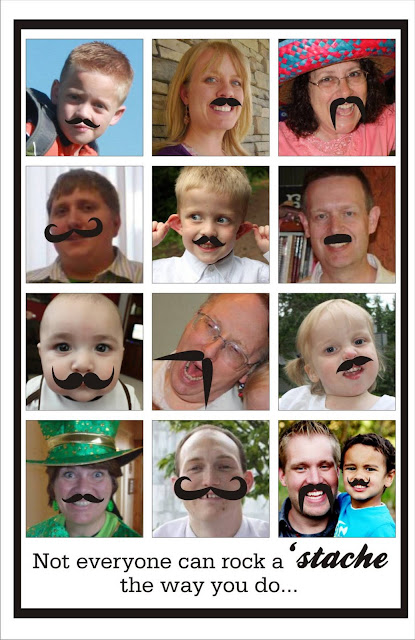 Yesterday was my awesome hubby's birthday.  He's one of those maddening people that never wants a fuss or anything super special done for him (SO not me...), so it's always my quest to figure out something fun that will still make his birthday special.  One of our jokes is about how much he admires a man with a good mustache -- that, for instance, if there are two reporters and one is sporting a full, luxuriant 'stache and the other is bare-lipped, he is sure to trust the first.  So I decided to make that the theme of his birthday!

First, I designed the mustaches for the above card, then rounded up pictures of some of our family and friends and 'stached them right up.  I'm sure they won't mind...  Dan got a good chuckle out of it, and the kids were literally rolling on the floor. 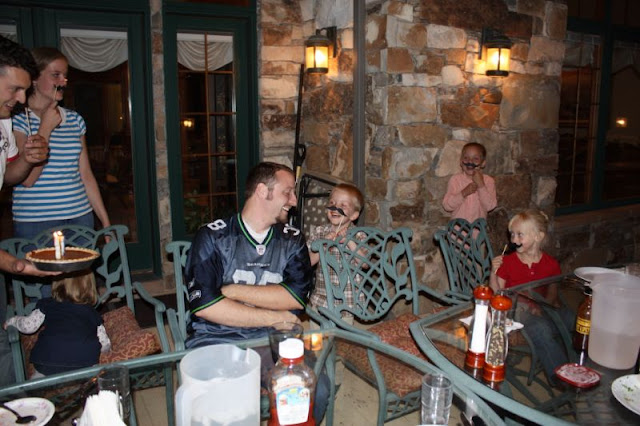 Then for Dan's birthday dinner last night, I made some good ol' mustaches-on-a-stick for everyone to wear while we sang him Happy Birthday and he blew out the candles.  It was supposed to be a surprise, but Eliza did not understand the concept of keeping it hidden until the right time.  Who thought it would be a good idea to give one to a 2-year-old, anyway? 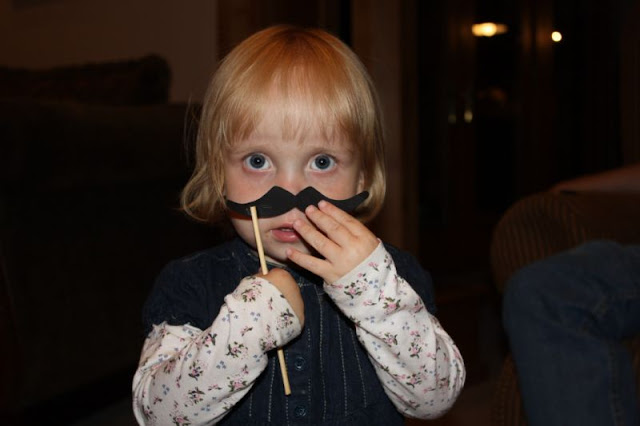 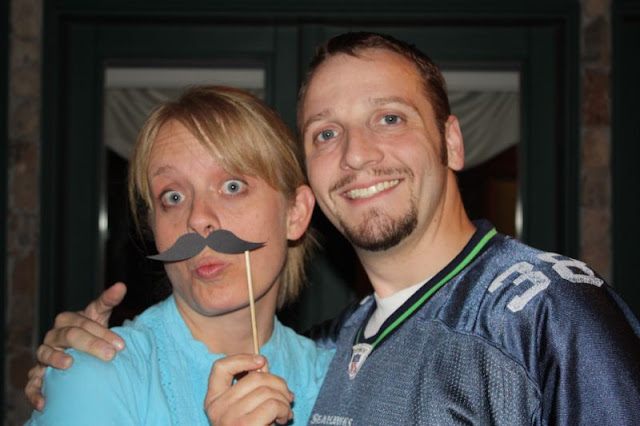 As a bonus gift for Dan, I did not buy the Cricut Lite Billionaire cartridge, which has the most adorable mustaches, even though I stood there in Walmart for about 5 minutes debating about it.  Instead, I used my gypsy -- I found some nice apostrophe shapes (I believe these are from Jasmine and Winter Wonderland), made two, then flipped one and welded them together.  Voila!

Happy birthday, baby.  Love you! (And your awesome facial hair...)
Posted by tomiannie at 9:22 PM

Too cute! I love Eliza holding hers up! And the pic of you and your hubby is so fun! Now, I am really proud of you for getting creative with your Gypsy and saving some money! Way to go, lady!

This is SO fun! What a great way to celebrate...I'm sure your hubby got a kick out of it!

Ohh, how funny and SO creative!